The novel coronavirus has had some very bad effects on the non-bank lending business. Never before has the lender food chain become so apparent. It’s become obvious who has their own capital and who’s scrambling to find it as the coronavirus economic crisis has continued to freeze many sources.

In the private lender ecosystem, where does the money come from—and why have we seen the freezes we have?

Understanding the capital food chain can help both borrowers and lenders mitigate and prevent the impact of such freezes in the future and better equip the market for rapid changes in capital market confidence.

What’s What and Who’s Who?
Let’s start with some definitions:

To keep things simple, let’s just refer to all the above as non-bank funding.

Getting capital for your investments starts in the capital market. This market is the source for the actual funds when dealing with large and medium-size non-banking funding. One category of people who are immune to the capital markets is true private lenders who use their own capital to fund deals.

Non-bank lending does not share the same organized secondary markets that Fannie and Freddie do. It is more disorganized and harder to define.

Basically, there is no government to step in and provide liquidity. Fannie and Freddie are public/private. The government backs them and regulates them, but technically they are a private company. Yes, there are rules that exist. But, there is no set framework for the non-bank money—it is more of a free market.

There are also “buy boxes” that differ between different capital sources. A buy box is defined as the qualifying conditions of a loan. Some of these are location, minimum credit score, loan-to-value ratios (LTV), rehab size to purchase price ratio, and a few others.

Local lenders may be more flexible in some areas but stricter in others. Most lenders that are one step removed from the actual capital have to be strict about their box. Offering anything outside of what their capital source has told them can cause potential problems for the lender, like not being able to sell it, or worse, having to eat it if the borrower doesn’t pay. Because of these “boxes” or parameters, many lenders offer identical terms. This is because the same capital source is most likely behind those lenders.

A non-qualified mortgage (non-QM) means the loan is not conforming to standards. It is the gray area between hard money and bank/government-backed money. The non-bank lending capital markets are slightly similar to non-QM loans, but even less organized. That’s because they usually don’t follow the same guidelines as government or semi-government agencies. Some capital will go after higher yields by going outside the normal qualifying space. It bears repeating that the non-bank space doesn’t have someone to step in and provide liquidity.

Why this distinction is important is illustrated when a fund that buys loans from a hard money lending company stops buying. Many times, you will see a handful of similar lenders that offer similar terms also freeze up. This is because that buy box used by lenders, correspondent lenders, and brokers to fill loan orders is usually offered to many segments of the space. So, obviously, when that capital source stops operations, it has a domino effect all the way back to the person trying to get a loan to flip a house.

Many of the intermediate non-bank lenders discovered this the hard way and have now doubled down on finding multiple and more durable sources. Another option for them is to raise money themselves through a fund, which is another world altogether.

Post-COVID Impact
So, what has happened since February in the capital markets and has trickled down to the broker trying to place a lender with a borrower?

In February, lenders were super competitive with their terms. More money was available than we had deals. When the large capital sources hit pause, this caused terms to change overnight. Many lenders stopped lending for months.

Some lenders out West were lending in the low 6% range for fix-and-flip back in February. There were also some rehab advances large enough to keep down payments close to zero. In other words, the lender was funding 100% of the deal. Around April, many lenders that were still open started increasing down payments, charging reserves, raising origination fees/points, charging higher interest rates, and becoming less competitive. And, for the most part, they have been able to get away with that.

Everyone’s big question is this: Is this sustainable, or are we seeing the calm before the storm?

No one knows for sure, but the first fracture will be seen in the non-banking space, if there is one.

What does that mean? Simply this: If we see a drastic increase in the number of defaulted loans hitting the market, then the primary housing market could be next. Non-bank funding is very agile and can be shut off almost immediately.

Why is non-bank lending the proverbial canary in the coal mine?

As we saw in February and March, hard money lenders stopped lending in one day. Normal lending market (i.e., banks) don’t stop on a dime. The government steps in during questionable times. During recessions, FHA becomes the go-to lender, but in private lending, there is no FHA.

The secondary markets for hard money exist, but they are much more unregulated and less defined. In addition, laws don’t exist laws to protect homeowners in business-to-business hard money lending. Consumer protection doesn’t exist, so this sector can proceed quickly with foreclosures if they choose. And, there are no official forbearance rules by state, and so forth.

Capital markets for loans (both performing and non-performing), loans in forbearance, and non-QM loans are all trading right now, though the discounts do not seem extreme. Although there was a short dip, most non-QM paper is trading close to par in many cases. There have been many trades north of 95%-97%. Also, the current market makes it difficult to find deals. Post-COVID, lenders hope to mitigate risk where they can, many looking for cleaner deals with smaller rehabs where the duration of the loan is shorter.

Why is this important?

If deals are already harder to find, and capital becomes pickier, then funding your deals could be more challenging. Be prepared to come up with more money for your down payment and reserves. The market will likely be fine in 2020, but if we don’t see the normal spring spike in housing sales or appreciation in 2021, then many lenders will be even more nervous. We will likely start feeling the real impacts of the coronavirus economic crisis in the housing market by fall 2021. 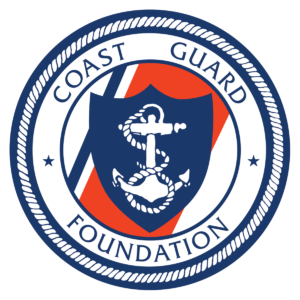